I was both astounded and disappointed to discover that my last “View” was posted just over a year ago. I know that we have been busy and there have been other more recent posts.

Admittedly, the conservatory has been rebuilt and we did take off to Australia for three months followed by a month in France and a fortnight in Antigua. There have been several lesser UK based jaunts. However, we have also spent time at home and I have had my camera to hand. So, feeling suitably ashamed, here is a compilation of pictures taken over the last few weeks. We are now into the UK summer season and the garden plants are growing like crazy.

First up then is a regular subject, squirrels. Once again we are being visited by the albino variety.

As you can see they do have the requisite pink eyes.

Here in the UK squirrels are sometimes referred to as tree rats. The example above is the most rat-like squirrel I have ever seen.

Of course we do have an abundance of the grey variety. Just a few days ago there were four greys in the garden. Of course my camera was out of reach and since these guys were raiding the bird feeders, any movement on my part just scared them away. 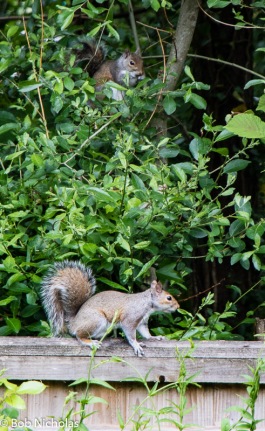 Grey Squirrel – Softening a bread crust in the bird bath

Grey Squirrel – So hungry after eating the bird food, it’s eating a stick 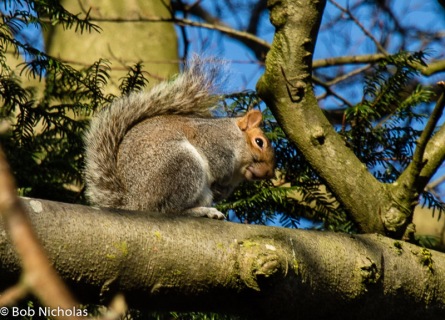 I thought that the pure grey squirrels would have attacked the albino, but apparently not. Judging by the shenanigans going on, high up in the trees, I believe the albino may have found a partner. Maybe we’ll see some piebald babes around this year.

As I mentioned earlier, there are many flowers on show already. So, just a few snaps ….

This Iris was discovered in a shady overgrown area of the garden. It was not planted by us and, as we are the only owners of this property since it was built, we have no idea how the Iris arrived. Pretty though.

We have a few rose bushes, which we did plant…. 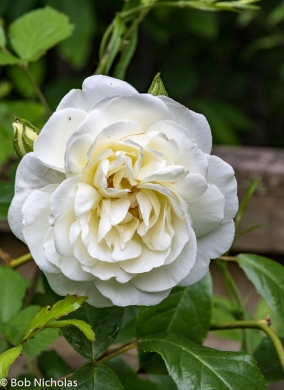 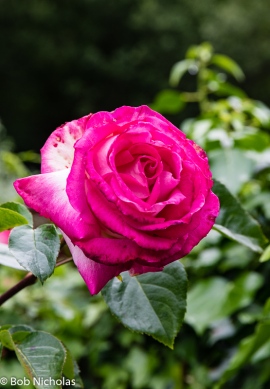 …… and a few other plants that we bought as plugs for potting on …. 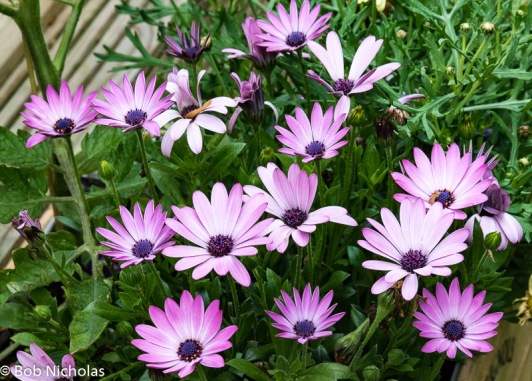 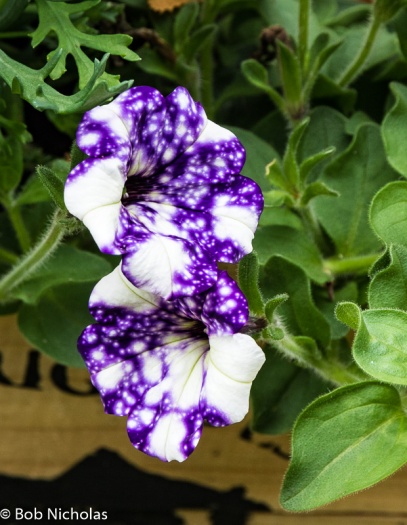 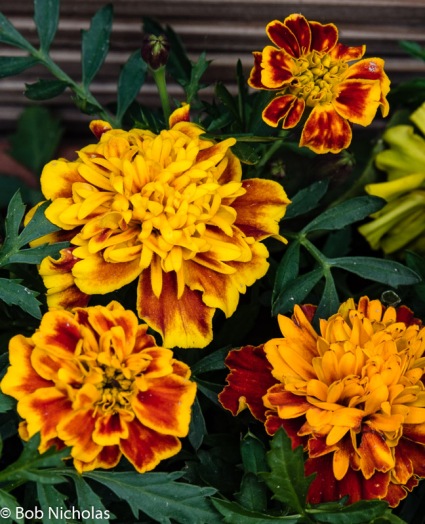 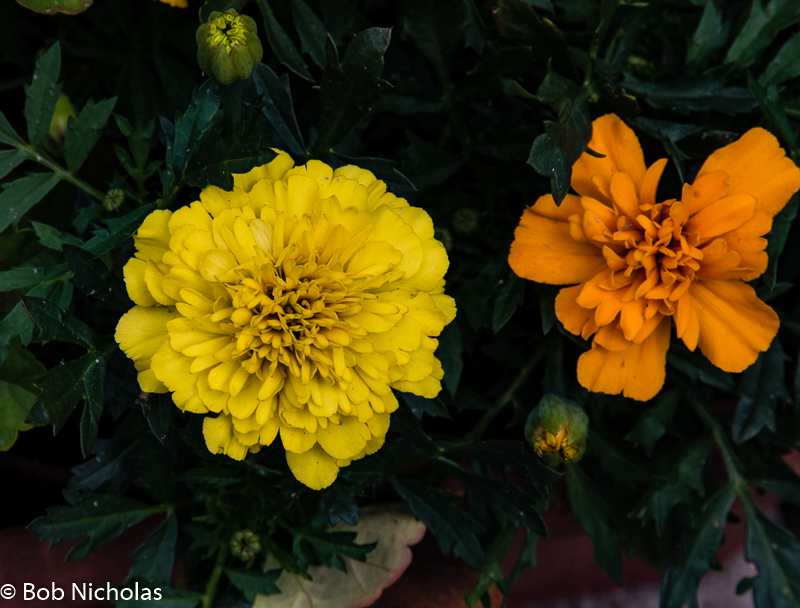 We don’t know what this is. The plant is a climber and for the moment it is in a pot on our deck and is entwining itself around the handrail.

I’ve been crawling through my old photo files. This was the result of messing around with PSP.