The mill is believed to date back to 1728, and there were originally two tidal mills battling to grind wheat and oats on the peninsula.

It was previously used as a tidal mill until 1935, making it the last working tidal mill in Sussex before it was pressed into service to build and repair naval boats during the Second World War.

There is something really strange that such a property, in such an attractive location, should be sold for such an amazingly small sum !!!

In an unusual move, no reserve price was put on the Grade II-listed brick-and-timber property at Birdham Pool Marina, Chichester Harbour when it went for auction.

With a zero reserve, bidding was fast and furious, and the gavel came down on a final bid of £62,000.

The potential for this property is out of this world even with the peculiarities of the British planning laws.

Mill is set to get new lease of life – Local Business – Portsmouth News.

He is the Patron Saint Of England. His cross has been adopted as the flag of England and is the core of the Union Flag. Yet few celebrate St. Georges day. There are parades held around the country but the most people are at work.

The shameful fact is that more people will take the time to celebrate St Patrick’s day than will bother with St Georges day.

St Georges day should be the day that we celebrate the actions of members of UK forces and other extraordinary ordinary folks around the UK. It’s time our government helped generate some patriotism. 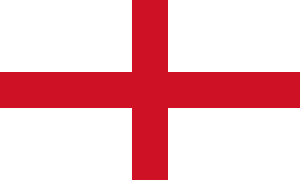