I believe the UK government is reluctant, as they have been all along. Reluctant to take the required steps to get us through this crisis.

It is that reluctance that has led to the haphazard implementation of restrictions across the country. It has also contributed to the levels of distrust by Joe Public.

It is due to the disturbing results of the REACT study, and the actions of the French and German governments, that lead me to believe that our government needs to act swiftly and firmly.

The writing is on the wall.

After two nights in Troyes, the end of our holiday was looming on the horizon. But we still had two nights left. No dramatic sight seeing planned for this part of our holiday, we were going to visit family.

Gerry’s brother, Doug, has lived in France for many years and now lives near Arras. We hadn’t managed to get together for quite a few years. He works for the Commonwealth War Graves Commission.  Our timing for this visit, probably could have been better. With many Somme 100 remembrance ceremonies taking place on the 1st July he was very busy at work.

As we headed north from Troyes the weather gradually deteriorated, becoming overcast and persistently dull. The traffic also grew in density as we left the agricultural heartland behind and  got nearer to the channel ports and channel tunnel. The amount of traffic was also probably influenced by our proximity to Paris, the centre of the French spiders web road system. Still, we made better time than anticipated and, as a result, there was nobody home when we arrived. They had all headed to Lille to collect Lynn’s dad from the bus station. He had travelled down from Merseyside, by bus, leaving around midnight the night before. Now that is a trip I would not like to make. My days of long distance coach travel are long gone.

As an aside, nearly 30 years ago, Gerry and I did a coach based holiday picked out of our local paper. We travelled from Havant to Trento in Italy. The coach drivers took us on a torturous route through France, Belgium, Luxembourg, Germany and Switzerland. They seemed intent on avoiding all motorways and the journey took nearly 24 hours. I recall that, at the time, I had a theory that the drivers were pocketing the toll money hence no real motorway driving. Although the coach had seats that reclined they were not all that comfortable and, for someone who is over six feet tall, not much leg room. So I do have some experience of coach travel, and it’s not something I want to repeat.

So, back to France. We  visited the nearby supermarket to pick up some alcoholic supplies to lubricate the imminent reunion. We hadn’t been back at Doug’s for very long when Andrew, Doug’s son, arrived and ushered us inside where we were soon drinking tea and coffee.

Later, Doug and co. arrived and there was much fat chewing and chin wagging. Lots to catch up on. As we all sat around the table for dinner the alcohol we had purchased was put to good use and it’s lubricity investigated.

The following day Doug had to work, returning home at lunchtime to pick up Brian, the father-in-law, for an orientation briefing related to the Somme 100 activities. Both Brian and Doug were going to be guides on the bus’ bringing guests into the remembrance sites. 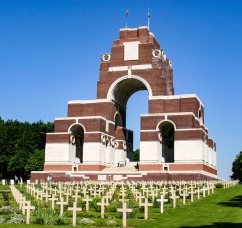 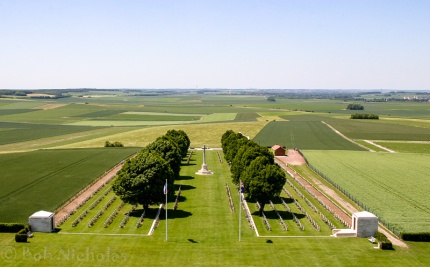 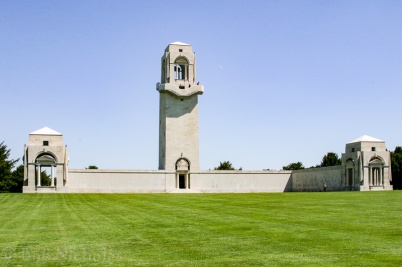 Note: The above photos are from a previous visit in 2009. The weather was much nicer back then. Access during last week was severely restricted due to the Somme 100 activities.

The weather outside was awful, ranging from mizzle to full pelt rainstorms. We took the opportunity to relax, happy to not be moving for a while. Apart from a short walk, to the local school, to pick up  Doug’s grand-daughter, Maddie.

Another super evening meal (thanks Lynn), with more wine, beer and lots of conversation. Then it was heads down to sleep.

Doug and Brian had a very early start the next morning. Up at four and picked up at five to begin their “guiding”. We had a much more leisurely start and while Gerry and Lynn took Maddie to school I loaded the car ready for our journey to the tunnel.

These pictures give you some idea of the drismal nature of our departure day. It matched the sad feelings we were feeling to be leaving family. It had been nice to catch up and of course we have all promised to not leave it so long until our next gathering. After all we are all just a couple of hours from the tunnel, on either side of the channel. No excuses.

So Gerry and I bid farewell to Lynn, having said our farewells to Andrew earlier in the morning, and to Doug and Brian the night before.