It was my wife’s birthday a couple of weeks ago and as a special treat I took her up to London for a bit of sight-seeing, a meal or two and a show. We stayed at the Citadines Hotel Trafalgar Square which, although not cheap, is very handy for all the touristy things in our great capital city.

A surprise notification of a parcel delivery delayed our departure, causing us to arrive in the late afternoon. On arrival we were efficiently checked in, and soon installed in our room. As we were meeting up with our granddaughter and her husband later for a meal we didn’t immediately head out to explore. Our decision was cemented by the fact that it was raining outside. We therefore, elected to relax a little, with a cup of tea.

Later that evening we met up with Hayley and Nick, at Skylon where we had a very enjoyable meal.

A hard act to follow but none of us could resist having a dessert. Gerry, a sucker for strawberries, had the Gariguette Strawberries (Elderflower meringue, rose jelly, strawberry sorbet) while the rest of us plumped for the Iced Cappuccino Souffle (Bailey’s chocolate bon-bon). Gerry’s dessert looked fabulous ….

All of the food was superb and even better, that evening, there was a fifty percent discount celebrating Skylons new chef. Suitably sated and buoyed by a great evening we trudged back over the river to our hotel for a good nights rest.

The next morning we headed out to do a bit of touristy exploring. Our initial target destination was Westminster Abbey. Neither of us having been there before, despite many visits to London.

Travelling on foot we strolled through Whitehall Gardens, situated between the Whitehall buildings and the embankment…. 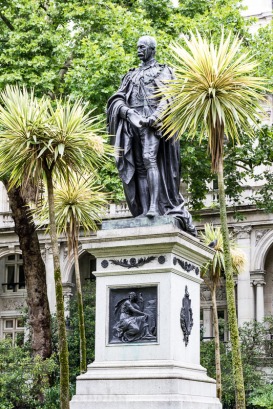 There are three statues within Whitehall Gardens. They commemorate William Tyndale an English scholar who became well-known for his translation of the Bible into English, Sir Henry Bartle Frere  a British colonial administrator who had a successful career in India eventually rising to become Governor of Bombay and General Sir James Outram an English general who fought in the Indian Rebellion of 1857.

Looking across the river we had a distant view of the Shard seeming surrounded by the many cranes that dot the London skyline.

None of those cranes are anywhere near the Shard, just an illusion of perspective.

Also across the river is the iconic London Eye, towering over the nearby buildings. Principle amongst them is London’s County Hall.

As you can see from the sky, the weather was very dull. Although, thankfully, not a drop of rain.

As we strolled along the embankment we came across the Battle of Britain Memorial Sculpture. A very striking work which certainly captures the emotion and horror of the times. 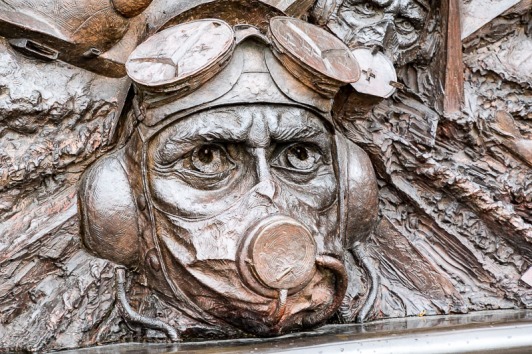 By now we were in sight of the Palace of Westminster, aka the Houses of Parliament.

We arrived at Westminster Abbey shortly after eleven AM and joined the throng making their way inside this ancient building. 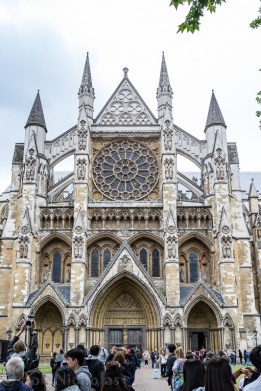 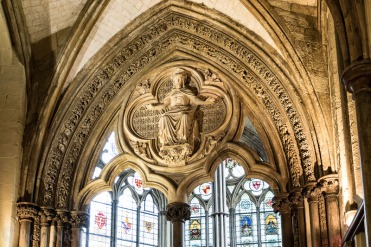 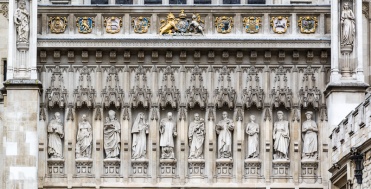 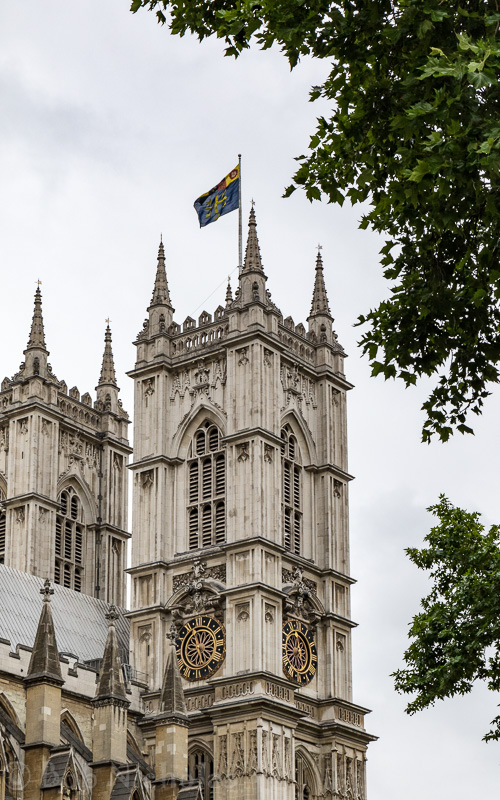 Not unexpected, but security is tight and, from the notices, I was concerned that my camera bag might be deemed too big. However, after a short wait in a queue and a cursory check by the security guard we were in. Unfortunately, no photography of any kind is allowed inside the abbey. So the previous shots are all either outside or in and around the cloisters. However, they do make photos available for download, free. So here are a few …. 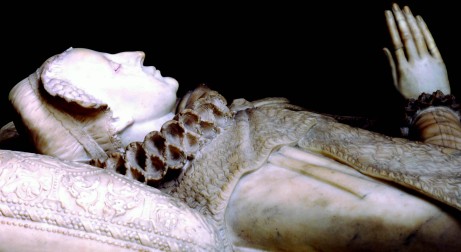 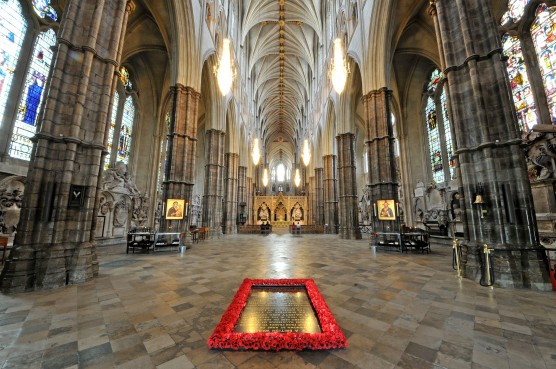 After so much history and culture we were not a little peckish. So we partook of a rather nice lunch in the Abbey Cellarium Cafe where Gerry had the Bream and I had the Chicken & Leek Pie.

After lunch we strolled over to Covent Garden. Enroute we passed the Cenotaph and the Monument to the Women of World War II. The Cenotaph was originally a temporary structure, erected for a peace parade following the end of the First World War. It was replaced in 1920 by a permanent structure and designated the United Kingdom’s official national war memorial.

Monument to the Women of World War II 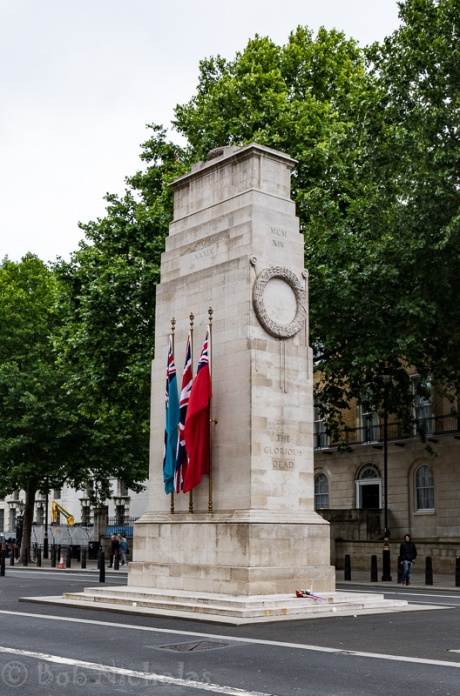 The Monument to the Women of World War II depicts 17 sets of clothing and uniforms around the sides, symbolising the hundreds of jobs women undertook in World War II, and then gave back for the homecoming men at the end of the war. They include uniforms as worn by the Women’s Land Army, Women’s Royal Naval Service, a nursing cape, and a police overall.

Also along the route we passed Downing Street, Horse Guards and the Coliseum Theatre, our venue for later this evening. 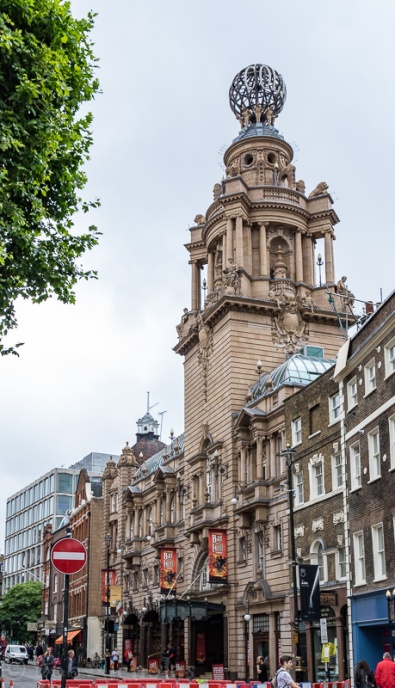 Covent Garden is a district of Westminster and is associated with the former fruit-and-vegetable market which is now a popular shopping and tourist site. The district is a mix of independent shops, street performers and historical buildings, theatres and entertainment facilities, including the London Transport Museum and the Theatre Royal, Drury Lane.

As we arrived there was an escapologist reaching his grand finale.  We spent an hour or so browsing the many shops and stalls intermittently being entertained. There was a juggler ….

And then while we were sitting having a cup of tea we were entertained musically by an opera singer, followed by a string quartet …. 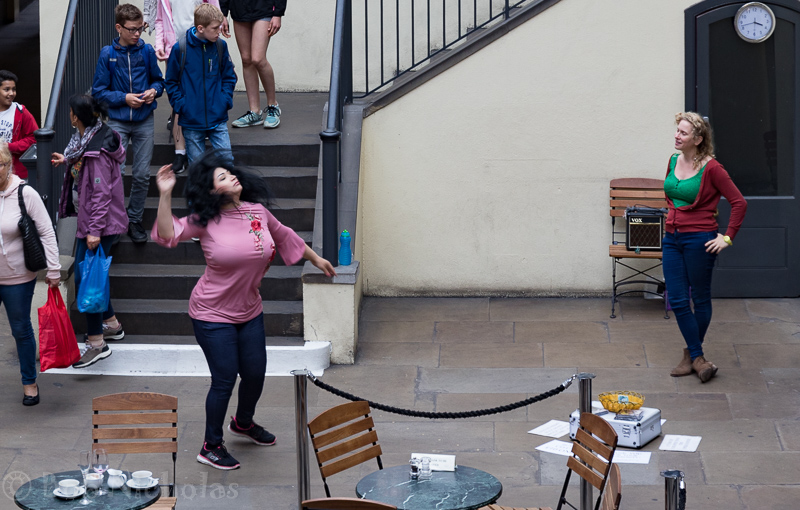 After a super day we headed back to our hotel to freshen up before heading out to the theatre where our day was completed by possibly the best show in London at the moment, Bat out of Hell, the musical.

One thought on “A Birthday Treat”