Day 9 turned out to be a bit of a mixed bag. One of our happy band of travellers wanted to send an email a family member based in the US. The email had been written but, due to the fact that the gite was pretty much a dead zone for wifi and mobile technology, we decided to take a trip to MacDonalds.  Normally you couldn’t get me to within a mile of one of their establishments. Leastways not without a lot of wailing, gnashing of teeth and not an insignificant amount of kicking and screaming.It’s not that i don’t like burgers, it’s more that I don’t like the way they are served to you. Wrapped or boxed and slowly going soggy in their own steam. Best commercial burger I ever had was from Fuddruckers in Austin, Texas. 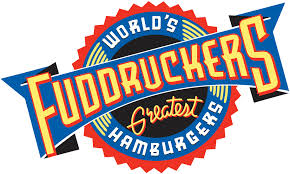 So we trundled off to our nearest McDonalds as they have free WiFi and so that we didn’t feel guilty we actually sat inside and purchased coffee. However, the coffee was as awful as I remember and so was the WiFi coverage. The laptop containing the email could not even see the McDonalds WiFi and would not connect. My Blackberry could see the “see” McDonalds WiFi but also would not connect.  My wife had her iPad with her and that could “see” and connect to McDonalds WiFi. Isn’t technology wonderful. Three devices but no way to get the data onto the device that could talk to the outside world. In the end, after nearly an hour, it was decided that when we returned to the gite, the email would be transcribed to the iPad and then we would make another foray to McDonalds. 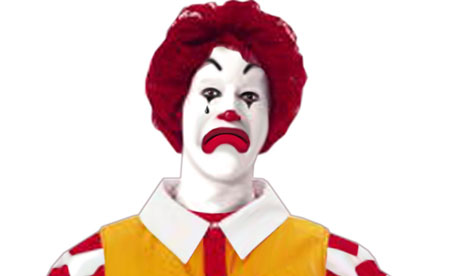 So our slightly subdued band of travellers headed off for their second visit to Limoges. There are lots of things to see in Limoges. One of the things I like about France in general is that they don’t just leave blank walls on buildings. They don’t leave them to crumble or fall foul to the vandal graffiti artist.  I don’t have anything against graffiti in general, just the mindless desecration perpetrated by those who just leave their name or a pretty poor caricature of a penis. In fact I see some graffiti as a perfectly valid and useful art form. In France they turn blank walls into  huge canvasses to provide street scenes, country views or truly humorous cartoons.

Here in Limoges, with the Église Saint Michel Des Lions as a back drop, the end of  a building has been painted not only to extend the street view but also to provide one with a voyeuristic insight on what may be going on behind closed, or in this case open, shutters.

Everywhere you walk in Limoges there are reminders of the past.

It is with that in mind that we have chosen to explore one of the most famous areas of Limoges, the Quartier de la Boucherie, the Butchers Quarter. In the 14th century this district was inhabited by families belonging to the brotherhood of the butchers and many of the original half-timbered buildings remain. Although few, if any, have the same purpose as you can see in the next picture….

Every now and then as we explored we would stumble across a real gem.

On almost every street there is something to draw your attention…

Walking the lanes of  the “Quartier de la Boucherie” made us a tad peckish so we took lunch on a terrace overlooking the Central Market building.

The market, built-in the 19th century, was designed using a mix of materials, including iron, glass and ceramics. The result is this beautiful building with Eiffel-inspired architecture (or so I read somewhere). Just round the corner from here is Place Saint Michel, a pleasant square adjacent to the church.

Place Saint Michel as well as providing access to the church has a number of shops and cafe’s. Of immediate interest was the Belgian chocolate shop.

However, we all agreed that we could each of spent several hundreds of Euros in “Comptoir Famille”. This establishment sells some very stylish items for the home. It is a good job that our vehicle was stuffed to the gunnels on our journey into France and wasn’t getting any lighter during our stay and i was rather taken with a rustic wooden storage / display unit.

So we dragged ourselves away from the delights of Place Saint Michel and headed over to Limoges Cathedral (Cathédrale Saint-Étienne de Limoges), an impressive gothic building started in 1273 and only finished in 1888 when the nave was connected to the bell tower.

Makes you wonder why the bell tower was not built as an integral part of the main building. There is much to see inside the cathedral. The following photo shows an ornate gallery. Sadly all of the statues have been damaged, their heads are missing.

There are some beautiful gardens in the cathedral grounds….

Limoges is also home to the Musee de la Resistance which is just a short walk from the cathedral. As with Oradour, I found walking through this museum quite moving.  The exhibits set the part played by the people of Limoges into the proper war-time context.  Great focus is always given to the capital cities such as Paris .This museum puts the records straight. And again, as with Oradour, I found myself leaving the museum with an underlying feeling of anger towards the politicians who took all of europe and most of the world to war.

By the time we left the museum it was time to look for a place to eat. Our day was completed by a really nice meal provided by Restaurant “La Maison des Saveurs”